"SENKYO---the election system for the future" 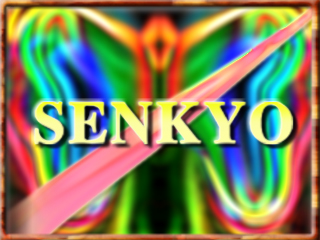 The 2011 World Series just began today, Thurs. Oct 20(Japan time),and in Japan we're about to enjoy the beautiful autumn with the leaves turning red and yellow. On the other hand, Strikes in Athens are growing bigger than ever, followed by more problems and conflicts all over the world.
It might sound abrupt if I start talking about the election system“SENKYO”, but I would like to talk about it today.

It’s been more than 40 years since I got a right to vote, but only a few times have I exercised the right,,,just a handful of times.
It’s not that I didn’t care but in fact I have been interested in the politics. But my interest has been more in the basic issue of democracy than in the individual political issue. In other words, I have had this thought that the voting system itself does not reflect that basic idea of democracy.

The biggest question is why we only have a choice to vote for the affirmative idea. There are plus and minus, good and bad, black and white, up and down, and right and left. But why can we only express our “Yes” but not our “No”? This has been long on my mind.

The bottom line is we should have a right to vote not only for “Yes” but also for “No” in order to show that you “Do Not” want to elect that candidate. In other words, we should have a system in which affirmative vote and opposing vote come together.

For instance, if asked “Are you for or against nuclear power plants?”, voters get to choose between “Yes “ or “No”. However, in the existing voting system, the only choice we have is make an affirmative vote or not to vote at all. In turn, your will to say “No” is not be counted, only to lower the voting rate and giving advantage only to those with local, family or group support.

Not being able to make an opposing vote only leads us to mistrust in politics and reluctance to raise our voice, causing the vicious circle of keeping the politicians and political environment that may cause further mistrust. This can be seen, more or less, not only in Japan but also in other parts of the world.

I’ve always felt there is a big drawback in the existing system. By saying this, I mean we’re in the system where under the deceptive name of “Democracy” and by blindly believing it, we can only express 50% of ourselves (for being unable to say “No”). And I believe the improvement, the creation of a system where we are able to make an opposing vote, or the right to say “we do not want to elect that candidate”, is going to reflect more of public opinion in the government.

If this comes true, it can be a big change, even bigger change than that brought voting right to both sexes and all races. I believe this will bring about a big change into the democracy in a true sense from the one that is forged by the policy-makers and political parties.

I believe that the introduction of the opposing vote is essential to elect politicians for the coming era and the politics for our future.